Skip to Content
Home / Projects / Harmonisation of the World 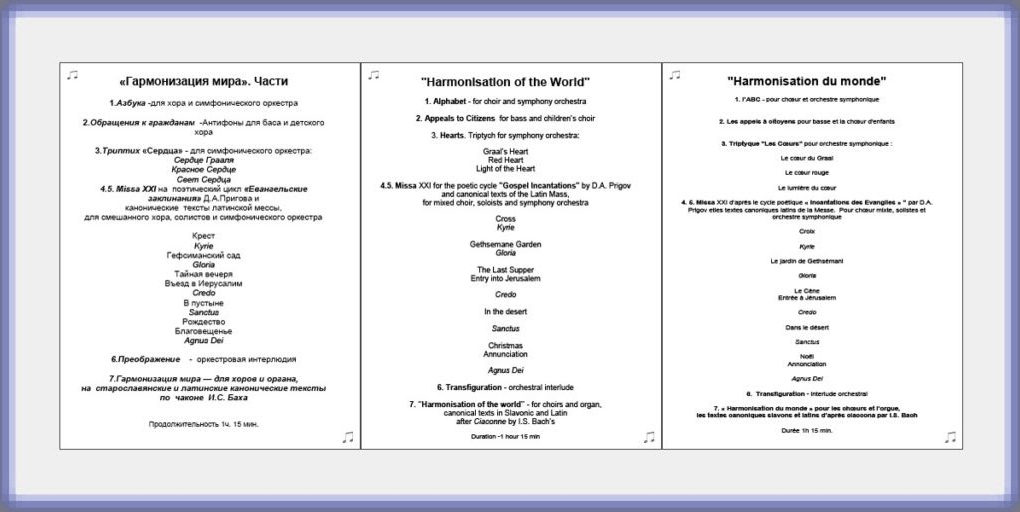 “Harmonisation of the World” is a music allegory for orchestra, choirs and organ.  Composed in 2020, it marks the 80 anniversary of Dmitri Alexandrovich Prigov (1940 – 2007) – a famous Russian artist, writer, philosopher and performer.

Used in the text are canonical texts in Greek, Latin and Old Slavonic.

The seven-part score begins with an allusion to Prigov’s “Alphabet”, a collection of letters and notes, the building blocks of harmony.

The second part, “Appeals to Citizens”, again an allusion to Prigov, has a philosophical yet a humorous touch to it, abounds in recognisable musical quotes and mimics a liturgy in form.  The voice of the Universe talks to the humanity and while some hear it, others are spiritually deaf. The Creator, concerned about this, asks the humans to put worldly cares aside and make an effort towards improving themselves: “Be like little children”… “if possible”.

The “Appeals to Citizens” is followed by the triptych “Hearts”, based on Prigov’s graphic series, for symphony orchestra.  The orchestra is then joined by a mixed choir and soloists.  Together they perform the Missa XXI, which interweaves the canonical text of the Latin Mass with Prigov’s poetic cycle ‘Gospel Incantations’.

The next part, an orchestral interlude “Transfiguration”, is about revelation and eternal truth, to which one can only come with an open heart.

The finale, based on the famous I.S.Bach’s Ciaccone D-minor and transformed into a dynamic composition for choir and organ is an allusion to the divine world and its harmony. 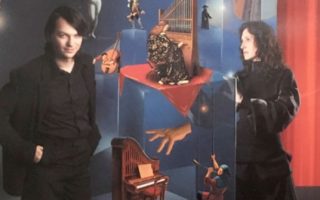 The Music of the Greats – Programme 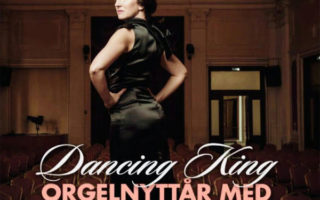